Ozzano, Claterna Roman city: entering the Museum of Claterna and experiencing a Roman city is an adventure to share the emotions that history gives. 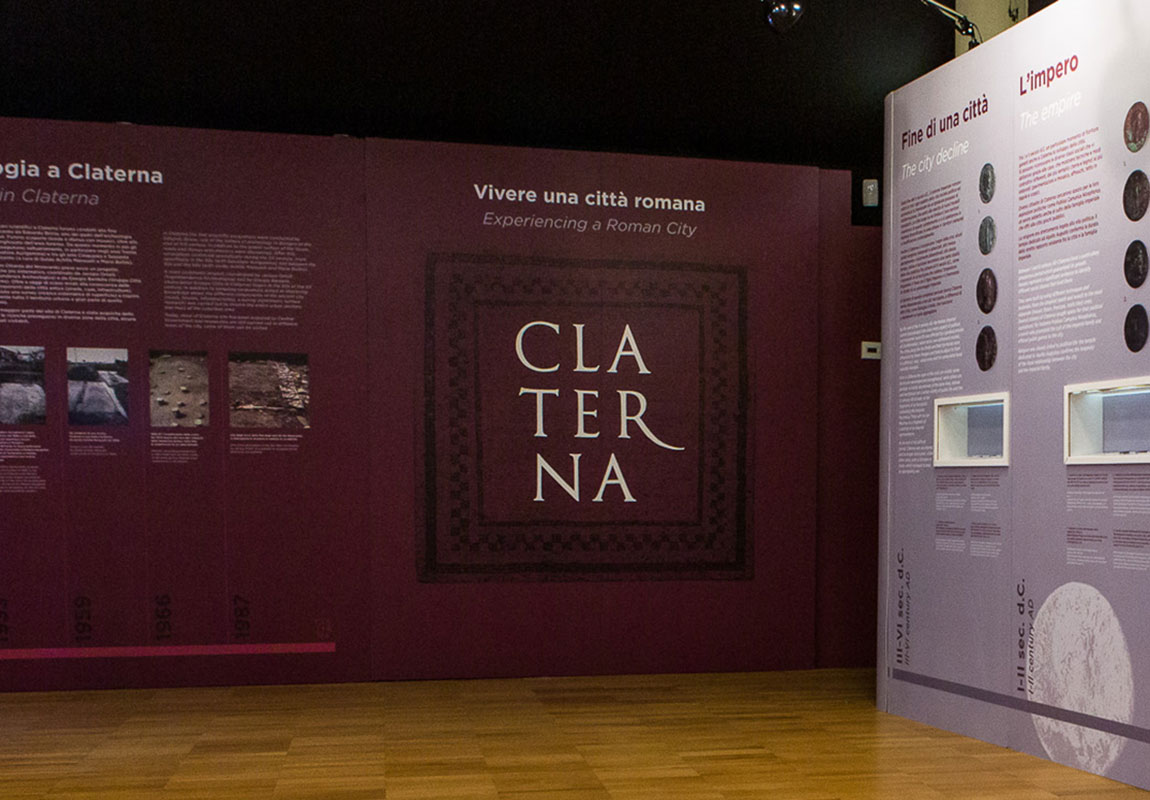 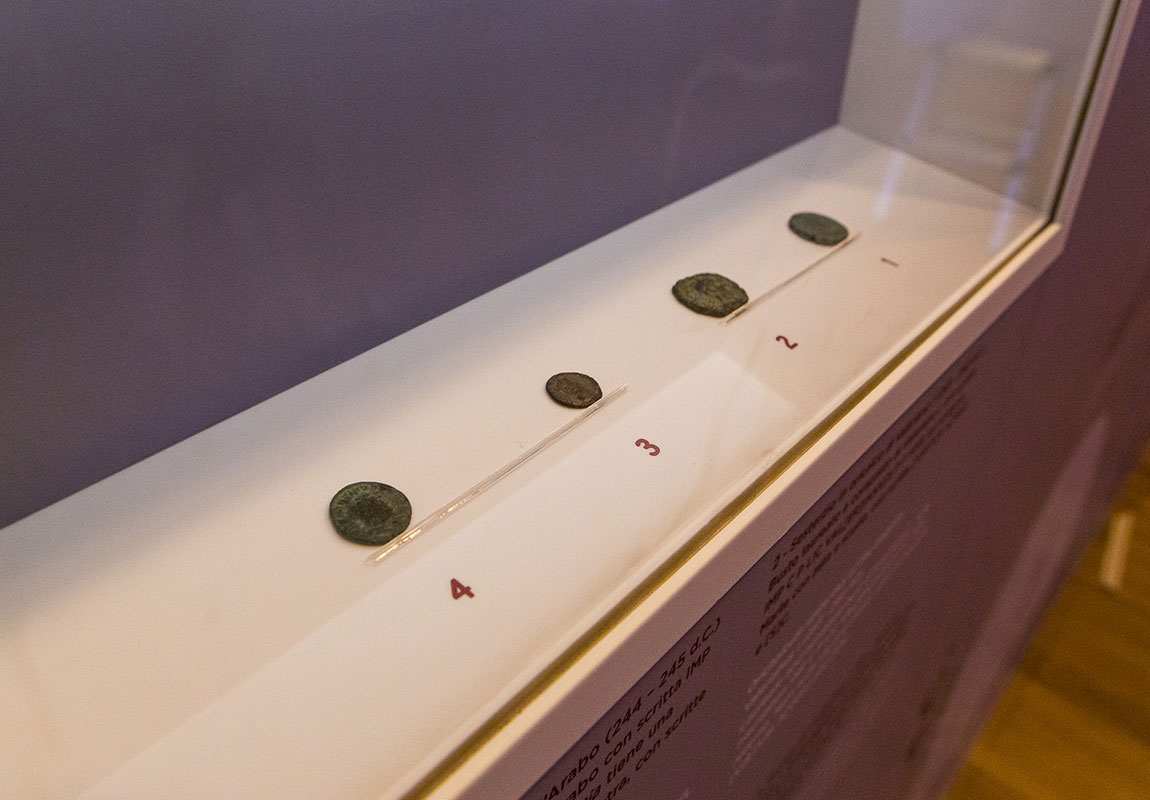 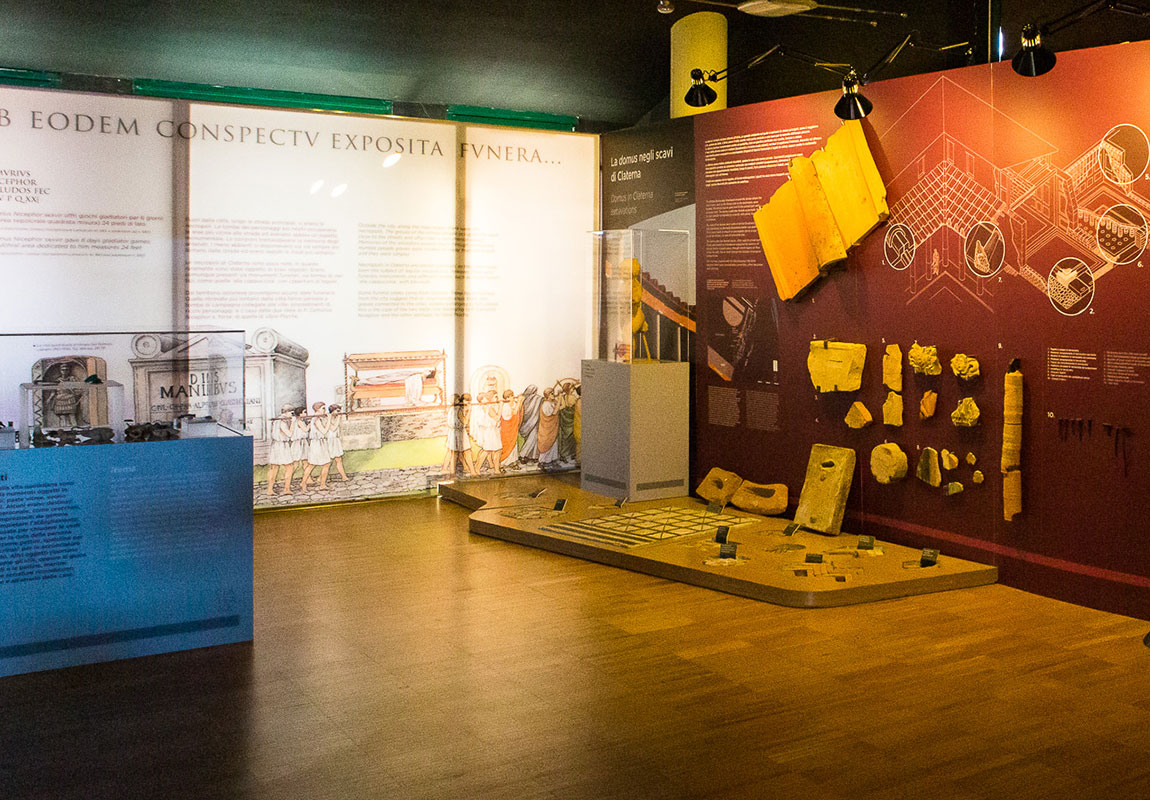 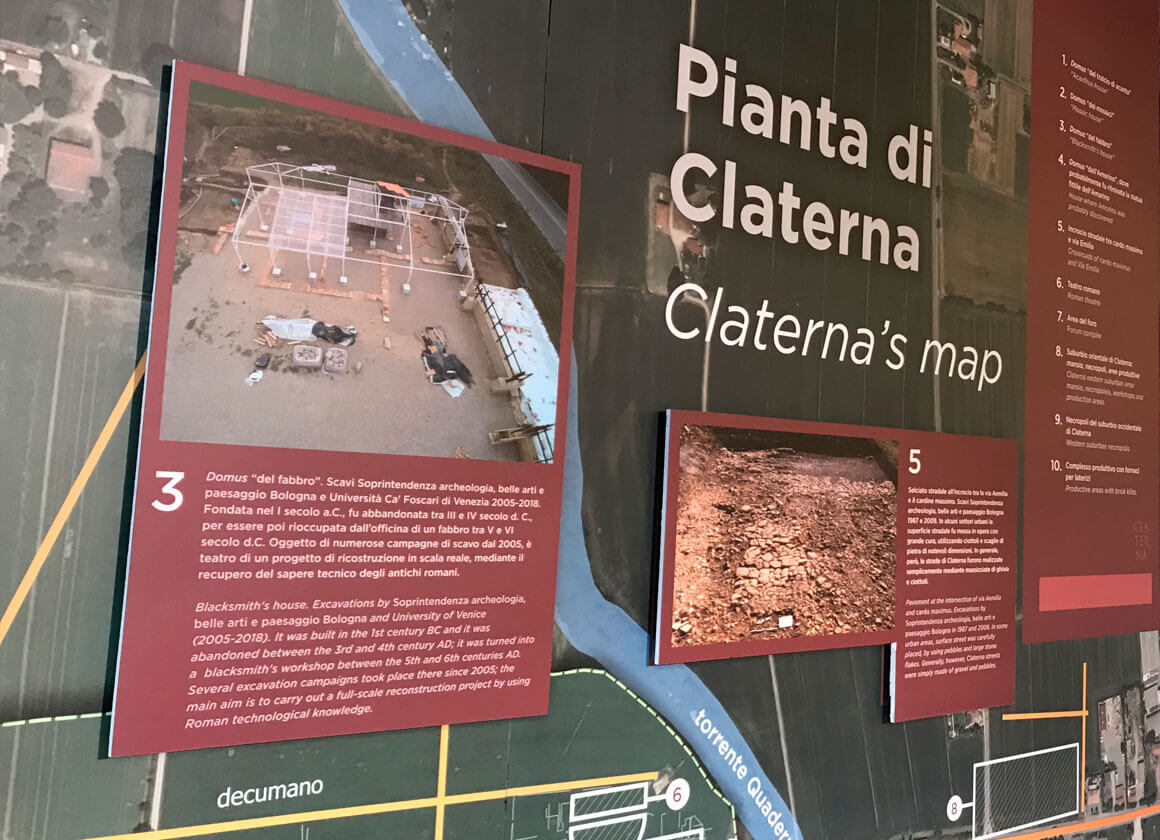 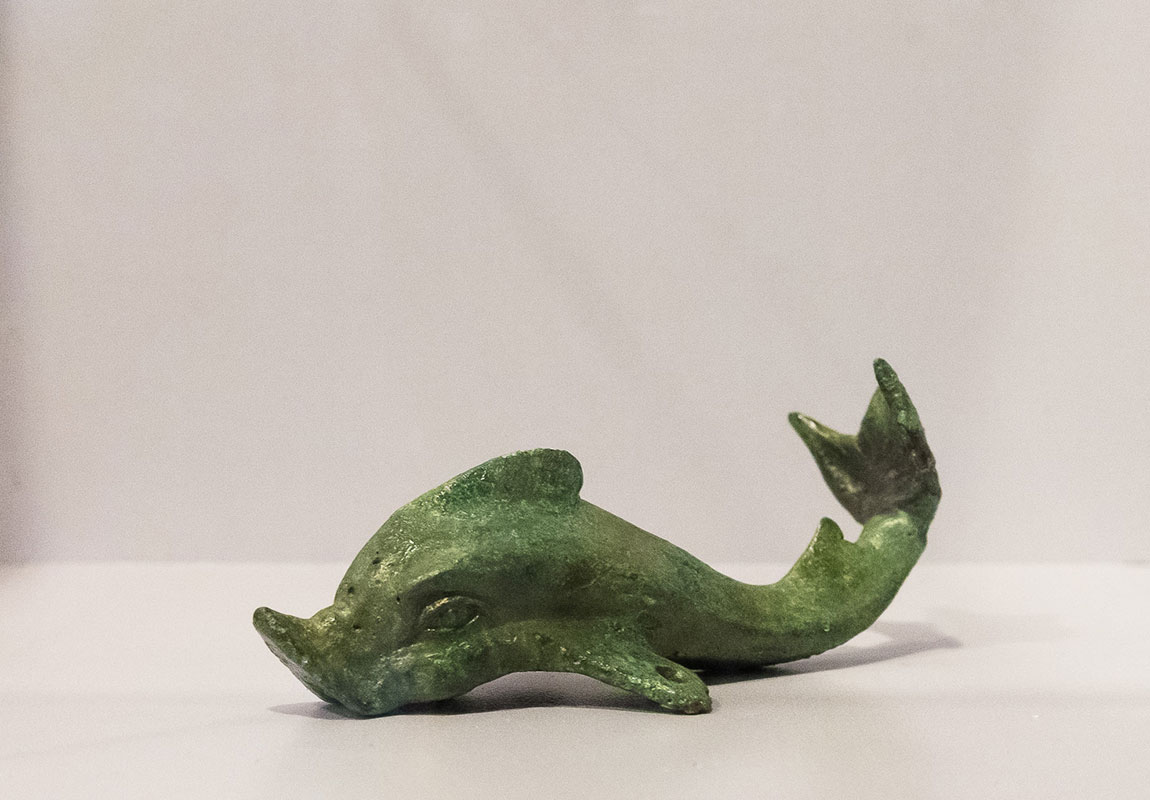 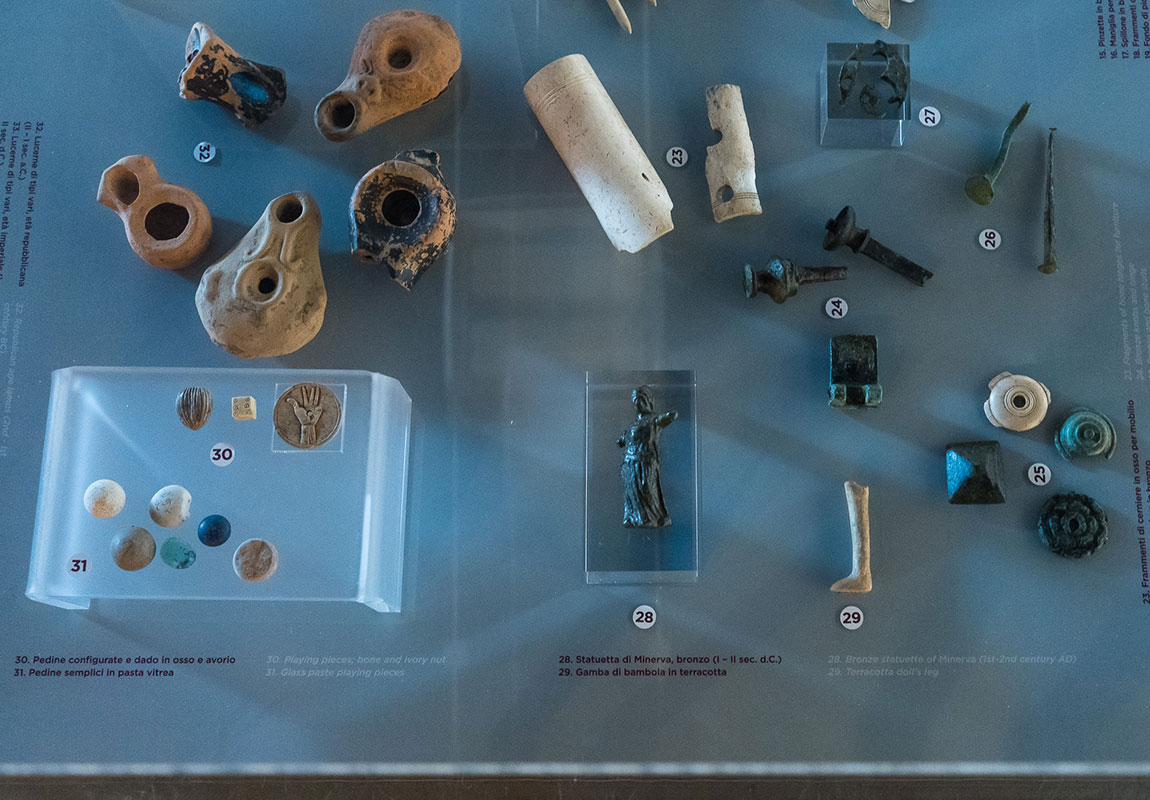 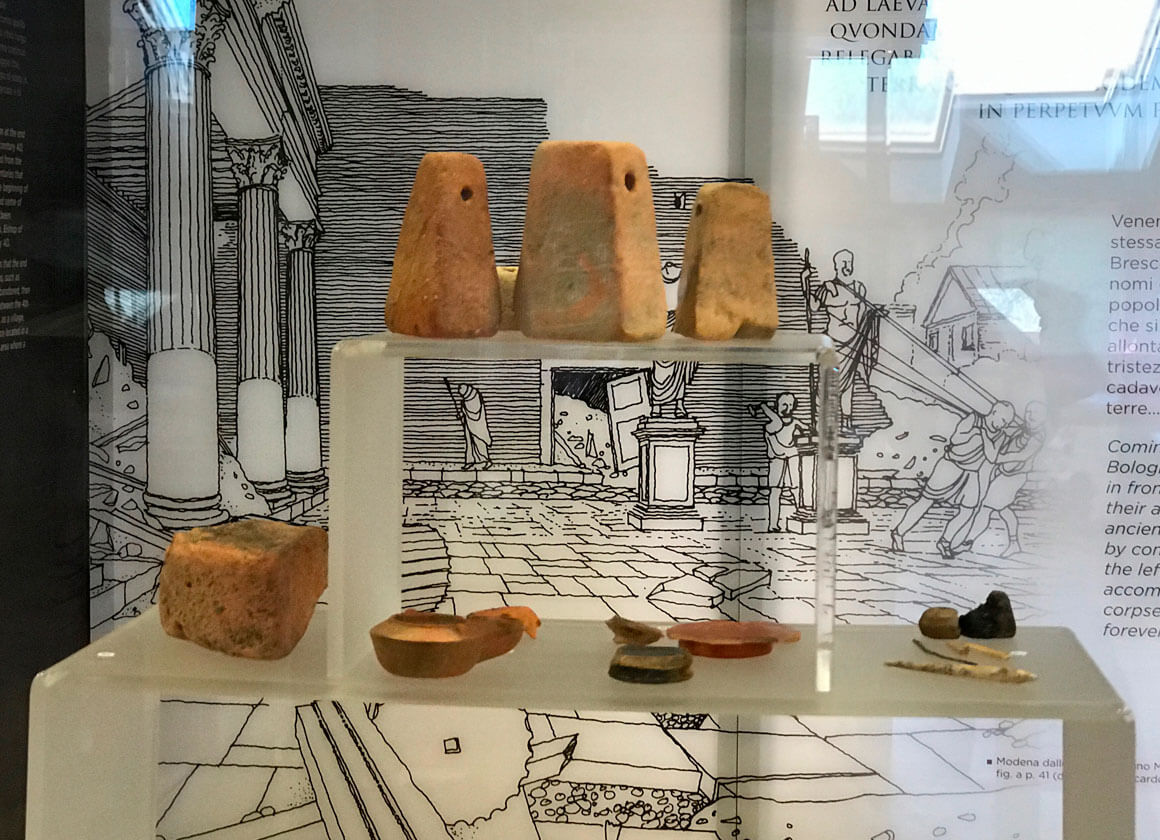 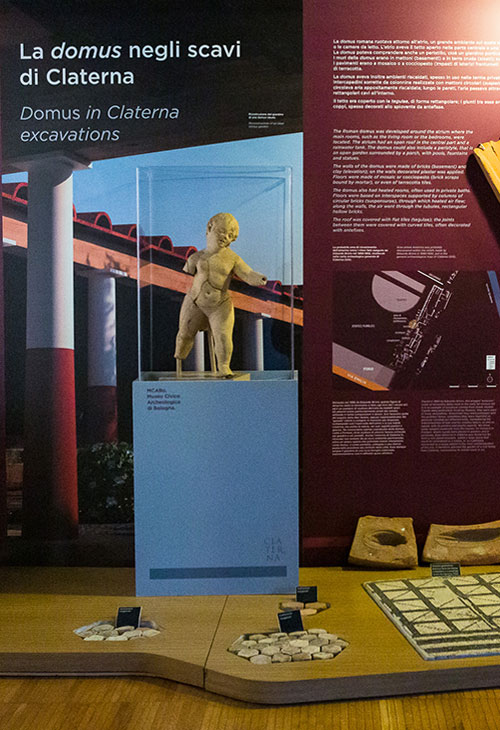 You are visiting a young museum that opened its doors in March 2019. Neverthless it has been already enriched by many contents and experiences inherited from a privious exhibition titled “Discovering Claterna. The first archaeological excavations in the Roman city ” inaugurated on 13 December 2006.

The Museum still tells the visitors about that important experience and since then it has promoted its mission. It wants to be a new place for discovery and socialization, but also a reference place for local community identity as well as a meeting point including people with migration backgrounds in order to explore history, different cultural heritage and perspectives.

In a comfortable and bright space, the museum welcomes visitors and guides them into the past: ancient objects, reconstructive drawings, pictures and texts will create a story as long as the history of a Roman city in our region: Claterna.

History is made up of long and short events, in particular Claterna’s history is made of small gestures, those of men, women, children who have inhabited, lived, changed it; and eventually abandoned the City.

Findings selected for their evocative power illuminate a complete and captivating story, accompanying each visitor in the discovery of the origins of the disappeared city and the way in which it was rediscovered at the end of the 19th century.

The story continues: the shape of the city, the main public and private spaces; and the mind now is focused on the places made and lived by people, the actions carried out many times in the past can be revived.

AFTER A THOUSAND FOUR HUNDRED YEARS

The Museum was born

The formalization of the deposit of the archaeological finds, owned by the State and managed by the Soprintendenza, was promoted by Ministerial Decree rep. n. 115 of 28-02-2019. Previously, the same space hosted the exhibition “Discovering Claterna. The first archaeological excavations in the Roman city “, a project promoted by many actors: the Municipality of Ozzano dell’Emilia, the Soprintendenza, the cultural association “Civitas Claterna “, the archaeological association “Gruppo città di Claterna ”, Provincia di Bologna and the IBC Institute for Cultural and Natural Artistic Heritage of the Emilia Romagna Region. The project was also promoted with the support of public and private sponsors.

The Museum of the Roman City of Claterna was inaugurated on 30 March 2019 thanks to the activity of a working group coordinated by the Culture and Technical Service Departments of the Municipality of Ozzano dell’Emilia and in which the Soprintendenza Archeologia, Belle Arti e Paesaggio for the metropolitan city of Bologna and the provinces of Modena, Reggio Emilia and Ferrara and the cultural association “Centro Studi Claterna – Giorgio Bardella and Aureliano Dondi” actively participated; the group’s activities were accompanied by the support of the IBC Institute for Artistic, Cultural and Natural Heritage of the Region of Emilia Romagna and were crowned by active collaboration with the Civic Archaeological Museum of Bologna.

Learn more about some of Claterna’s finds on PatER: 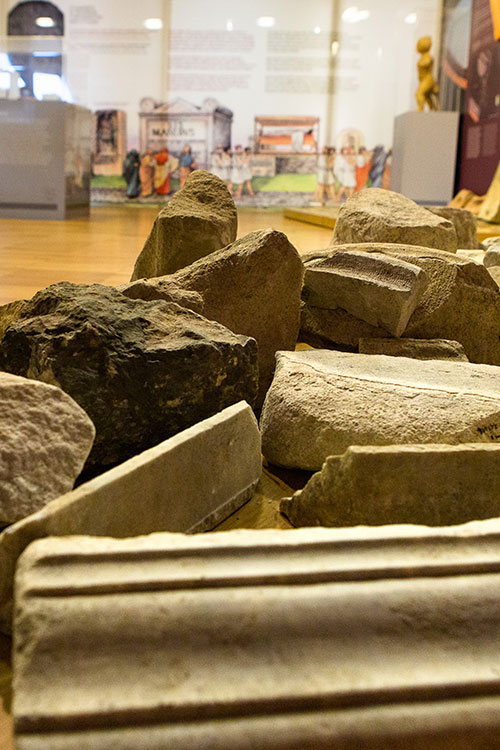