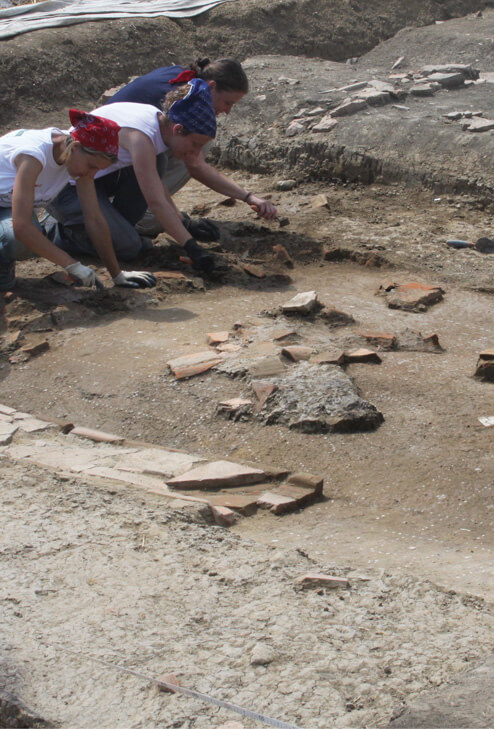 Claterna, a Roman city two thousand years ago, is now an archaeological site.

In the same places and spaces where families lived in the past, archaeologists work today, assisted by a team of specialists in various fields. Because archaeological research today has become a multidisciplinary working method, in which skills that are sometimes very different from those of the more purely historical field complement each other. And the results that can be achieved are much more effective and precise.

Of course, reconstructing the history of a two-thousand-year-old city is a rather complex operation; and it is precisely in investigations of this kind that it becomes even more important to have the possibility of an interdisciplinary and technologically well-supported approach.

Since 2005 Claterna has been the protagonist of an innovative study and valorisation project, initiated thanks to the collaboration between the Soprintendenza Archeologia Belle Arti e Paesaggio for the metropolitan city of Bologna and the provinces of Modena, Reggio Emilia and Ferrara (SABAP-BO), the Municipality of Ozzano dell’Emilia and the “Civitas Claterna” association, and now revitalised by the presence of a new association, the “Centro Studi Claterna Giorgio Bardella – Aureliano Dondi”.

A journey through time

The history of the investigations began more than a hundred years ago, at the end of the 19th century, when Edoardo Brizio, one of the fathers of Bologna archaeology, began excavating and the remains of the city began to re-emerge from the Ozzano countryside: streets and domus with mosaics, the forensic area paved in gravel, and many objects of daily life including an incredible terracotta Cupid.

Since then, research has never stopped thanks to a number of excavation campaigns conducted by experts in the Roman history of the region, such as Salvatore Aurigemma (1930s), Guido Achille Mansuelli and Maria Bollini (1950s and 1960s).

However, it was in the 1980s that a project for a systematic and capillary investigation was first set up, coordinated by Jacopo Ortalli (Soprintendenza Archeologica) and Giorgio Bardella (association “Gruppo Città di Claterna”): the new working basis became the survey, i.e. analytical surface research over the entire urban area and a large part of the suburban area, later integrated with the study of aerial photographs. This produced a vigorous leap forward in research and new interesting scenarios opened up: the first complete virtual “photograph” of the city and its historical potential was created, and the new excavation samples were used to find targeted answers to the many questions that remained unanswered.

Today we know the elements that made up Claterna much better: we can place them precisely on the map, we can more easily recognise their function (public and private areas; roads, houses, production facilities, infrastructure) and we can study their changes over time.

And thanks to this new information, we are also beginning to understand who the Claternati were.

For further information on the ongoing investigations: http://www.archeobologna.beniculturali.it/bo_ozzano_emilia/claterna.htm#Aggiornamenti 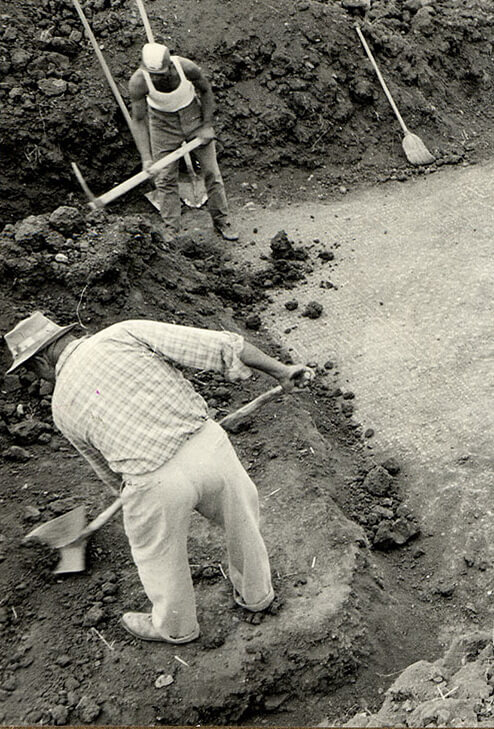